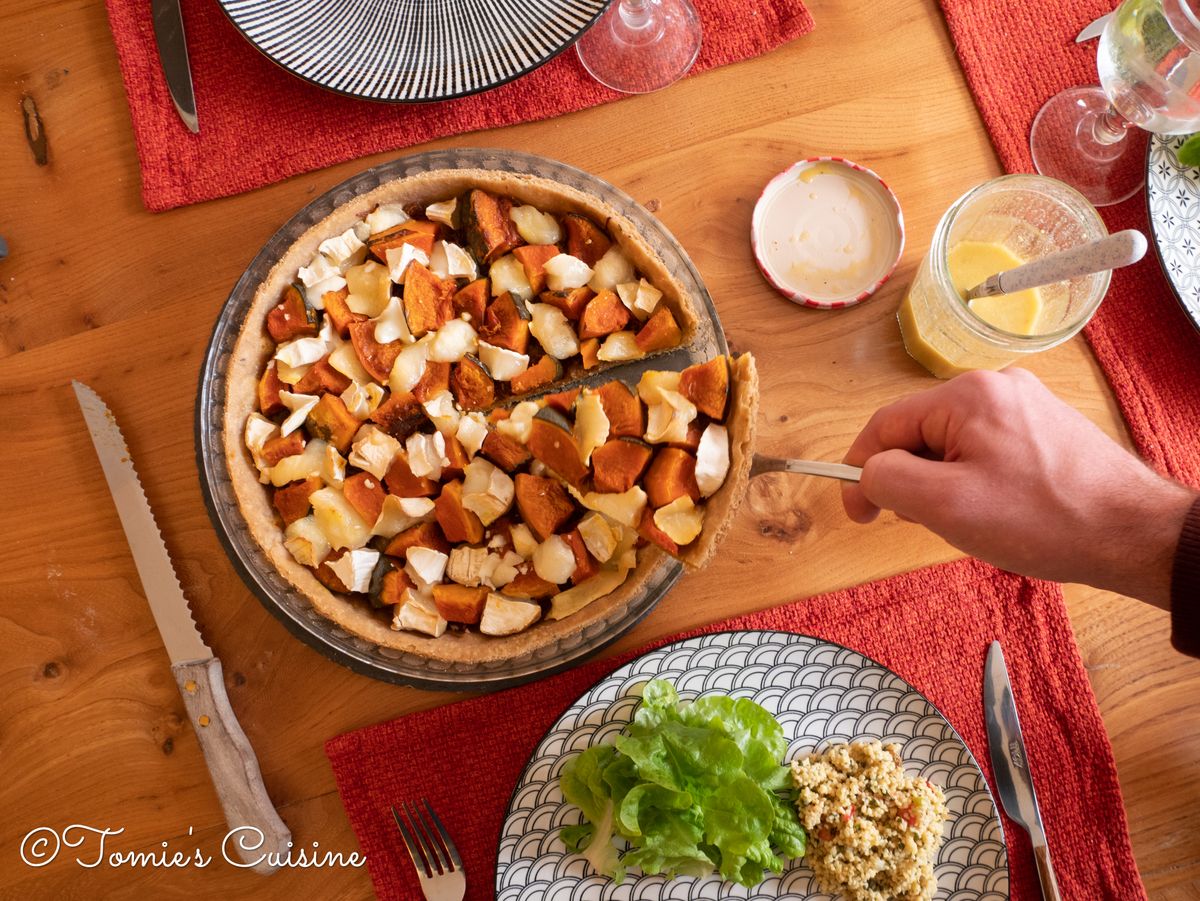 Join us as we prepare a roasted pumpkin tart with goat cheese. We changed a bit our recipe and tried a vegan tart case with a caramelised onions base, and it turned out pretty well!

As an Amazon Associate we earn from qualifying purchases.

To make this tart, I used the Kabocha squash (Potiron) that I bought from the market in Morlaix. It’s a widespread and popular variety in Japan. My mother used to make lots of different recipes with the pumpkins grown in my grandma’s fields. From pumpkin custard puddings to various soups and other pumpkins cooked with some sugar and soy sauce.

When I bought it, I used half to make a pumpkin soup and let the other half in the fridge for a few days. Eventually, I had to use it, so I thought I would try to make a savoury tart for our lunch!

I still have some parts to fix, but my family was delighted with the tart!

Usually, I prepare a buttery tart pastry for most of the tarts I serve, but I thought I could try something different for a change. So I made a vegan tart pastry from a recipe I found on this website. The ingredients are only T80 flour, olive oil, water, salt and herbs.

Pumpkin is a great source of potassium and beta-carotene, which is a carotenoid that converts to vitamin A. It also contains some minerals including calcium and magnesium, as well as vitamins E, C and some B vitamins.

Goat cheese contains a high amount of vitamin E, K, B6 and B3.

They are slightly higher in fat and minerals than cow’s milk and a lower amount of lactose, vitamin D and riboflavin. (Master Class, 2020)

Tip: Place a wet cloth under your chopping board to avoid slipping.

Caramelised onion (it took half an hour)

Start putting them together!

What I should have done

If you like what you’re reading, why not consider subscribing to our email list? You’ll be the first to know when we post on our blog! 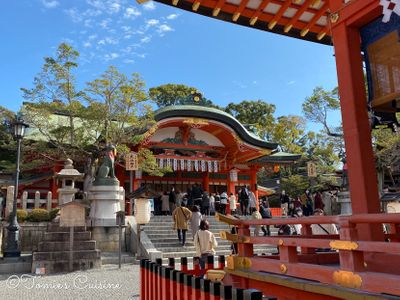 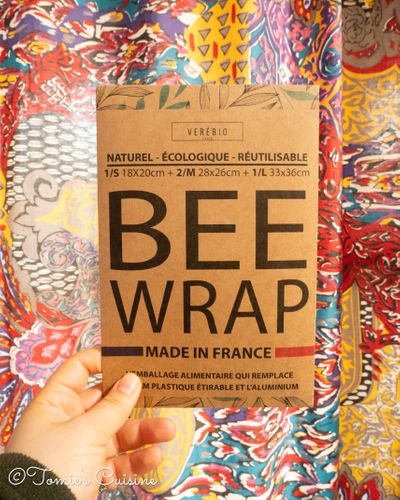 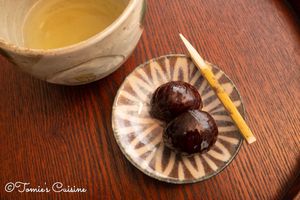 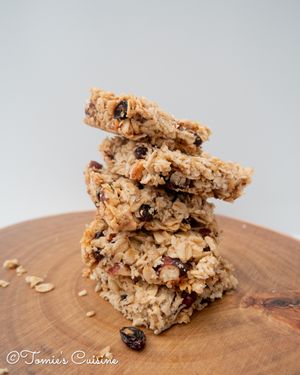 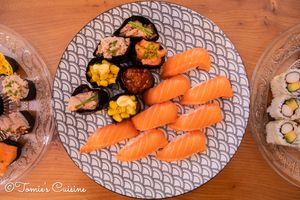